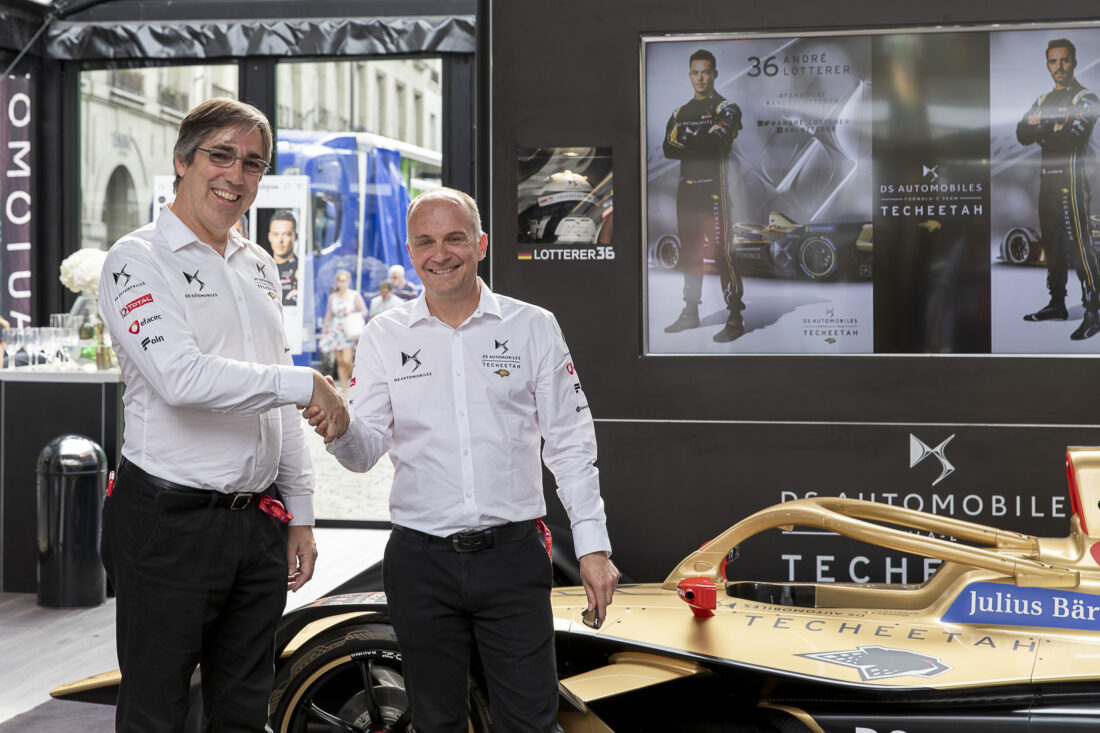 Formula E returned to Switzerland for the second consecutive season after the success of last year’s event in Zurich.

The city of Bern hosted the second season of the Swiss E-Prix.

Formula E is a class of motorsport that uses only electric-powered cars. The series was conceived in 2011, and the inaugural championship commenced in Beijing in September 2014. The series is in its fifth season and it was hold in the Swiss capital of Bern.

The ABB FIA Formula E Championship is the world’s most prestigious championship for electric race-cars. This championship is being hosted all over the world. In the fifth season, 13 races were held in 12 major cities, such as Hongkong, Mexico City, Rome, Paris, New York – and after Zurich in 2018, the Formula E came to the Swiss capital Bern.

It all began on the evening of March 3, 2011, the idea for an all-electric street racing championship all started out as nothing more than a quick drawing on a napkin. It was the beginnings of Formula E. Authored by FIA President Jean Todt and Spanish businessman Alejandro Agag, together the two intrepids, developed the championship draft as a means to demonstrate the potential of sustainable mobility to help create a better, cleaner world. Formula E never aimed to please mainstream motorsport fans. Instead, FE wants to develop new audiences, take its racing to the sport lovers and spread a true message of sustainability through racing.

Since making its global debut in Beijing in 2014, Formula E has grown into a global entertainment event with motorsport at its mainstream. Now in 2019, with 11 teams and 22 drivers on the grid, the Championship hosts the world’s best motorsport teams and talent.

In January 2018, Formula E welcomed global technology and robotics giant ABB as title partner of the Championship, starting a new era of all-electric. With a total of nine top manufacturers on board –  like Jaguar, Nissan, BMW, Audi, DS and Mahindra – Formula E serves as a competitive platform for global car manufacturers and mobility providers to test and develop off-road technologies. Now, finishing on five seasons of all-electric city street racing, the Championship is labelled as one of the best motor events in the world, with 13 races in 12 of the world’s most ‘go-green’ cities in five continents.

The 2018/19 season saw the radical Gen2 car make its ‘first-born’ debut on the city streets. With double the energy storage capacity, the Gen2 racers can go the whole race distance, making mid-race car swaps a thing of the past but also demonstrating the progress made in all-electric mobility With 250kW of power, the Gen2 will accelerate from 0-100km/h in 2.8-seconds and go on to a top speed of 280km/h. Greater speeds and increased power means more action on track and, with just one car per driver, there’s a lot to dare for.

Jean-Éric Vergne showed an outstanding performance in Bern’s Swiss E-Prix claiming pole position, the race win and the voestalpine European races trophy. JEV, the Frenchman, has become the first ABB FIA Formula E driver to hit pole position from Qualifying Group One and to win not one but three times this season.

The day before the race, a press conference was held on the DS Automobiles stand in the E-Village in the presence of Swiss DS Automobiles brand managers and Formula E specialists.

Xavier Mestelan Pinon and Mark Preston had already announced that the Berne circuit would be a major challenge.

In addition to the heads of DS Performance and DS TECHEETAH, further speakers such as Thomas Odier, Managing Director DS Automobiles Switzerland and Marco Parroni of the Formula E Advisory Committee, provided fascinating insights and perspectives for the development of the brand and Formula E in Switzerland.

Marco Parroni complimented the innovation spirit of the brand: “DS Automobiles was on board very early and is therefore one of the pioneering brands in Formula E.”

DS Automobiles is a French brand born in Paris with the ambition of embodying French luxury savoir-faire in its cars. Driven by its outstanding heritage and avant-garde spirit, DS perpetuates the values of innovation and distinction of the first DS, launched in 1955.

In 2017, DS Automobiles initiated a new phase in the roll-out of its strategy based on three pillars: exceptional cars, a multi-channel distribution networks through the DS STORES and DS SALONS, and a unique and personalised customer experience with the “Only You, the DS experience” programme of services and privileges.

With an ‘avant-garde’ spirit, DS Automobiles presented in the DS Techeetah booth in the Bern E-Allianz Village their latest DS Crossbacks models.

100% electric the DS 3 CROSSBACK E-TENSE is fun and comfortable but maintains the usability of DS 3 CROSSBACK. You’ll also enjoy a range of up to 200 miles according to the WLTP cycle and the ability to recharge 80% of the battery in 30 minutes.

The DS 7 CROSSBACK E-TENSE 4×4 plug-in hybrid SUV and its electric motors. It’s a total power output of 300 horsepower with four-wheel drive. In electric mode, a plug-in hybrid that can cover 36 miles (WLTP cycle), sufficient range for the daily commute between home and work.

Thomas Odier reaffirmed the DS Automobiles brand’s electrification strategy and particularly insisted on development ambitions in Switzerland, in a favourable premium market with a suitable product plan and a dealer network covering the main cities of Switzerland with 11 DS Stores and Salons staffed by 12 service agents dedicated to the brand.

The press conference moderated by Linda Gwerder presenting the new DS3 Crossback (see in photo) and the DS7 Crossback. The order books for the DS 7 Crossback E-Tense and DS 3 Crossback E-Tense have been opened since March 2019 and that the first vehicles will arrive on the Swiss market end of 2019.

Friends of the Cedar Foundation Tanzania