The Human Being Behind the Greatness is ‘Churchill’ by Patrick McDonald.

CHICAGO – Winston Churchill, except to hardcore history buffs, is fast fading from the cultural radar. Often called the Greatest Briton Ever, the lion who led his people for so many years became a bit toothless during the greatest World War II battle ever conceived, D-Day the Sixth of June. That moment in his life, and the lives of those around him, is the subject of the magnificent new film, “Churchill.”

In the past of film history – closer to when Winston Churchill absolutely mattered to his generation – this movie might have been a major event, because of its grand psychological profile of the Prime Minister. The director Jonathan Teplitzky (of the underrated WWII film “The Railway Man”) takes the highly intelligent and thrilling script by Alex von Tunzelmann and creates a historical masterpiece, even though the chains of “period movie” and “World War II” shackles the impression of rendering such subject matter today. There is not one battle sequence or piece of archival footage, it is all delivered from a cast that are all at the peak of their talent, topped off by an otherworldly performance by Scottish actor Brian Cox as the title character. “Churchill” is a must see for those hardcore history buffs, but also it’s a must see for lovers of great movies.

It is 96 hours before the largest modern battle ever conceived, D-Day the Sixth of June, 1944, and British Prime Minister Winston Churchill (Cox) is preparing to go over the plans with the generals. He is meeting with Allied Commander Dwight David Eisenhower (John Slattery), British Field Marshall Bernard “Monty” Montgomery (Julian Waldham), and other strategists of D-Day.

As the situation is laid out for him, Churchill grows angry. He wants the attack to be split up more, as not to concentrate the anticipated slaughter of soldiers. Even with his cache – he also serves as the Minister of Defence – the new war leaders are not listening, and even pushing back. It will take his wife Clementine (Miranda Richardson) and other unlikely sources, such as the King George VI (James Purefoy), to steer the old lion towards what is necessary to end the war.

This is about human beings pushed to the very limit, and willing to be honest with each other to save the world. The atmosphere that director Teplitzky creates is boiling with tension, and it all has to do with the burdens that simple men and women are putting on their shoulders. This is the Churchill that is needed to be experienced – not the drawn out familiarity of bowler and cigar, but the true human being that did everything in his cellular being to fight for and save his people. The essence of that cannot be understated, and it’s authentically presented in this film.

And it’s not just Churchill, and Brian Cox’s sure interpretation of him, but all the other actors as well. They all have their moments in the story. John Slattery’s Eisenhower is pitch perfect, respecting the Prime Minister but also pointing out where he is wrong. James Purefoy, in an extended cameo sequence as King George VI, wrings out all his responsibility onto his Prime Minister, a man he obviously respects and loves. Miranda Richardson as wife Clementine is saved toward the end of the film, but delivers an unforgettable infiltration on the situation and towards her husband, as only a wife can do. It is all mesmerizing.

And believe it or not, this is a film meant for the big screen. Director Teplitzky uses heroic and static long shots, using outdoor exteriors like beaches, lonely roads and ancient roman columns. There is particular shot of Eisenhower, that sets him against these massive columns as just a black speck, creating the grandeur of his destiny. This is pure cinema, used as a device to tell a based-on-truth story at the highest level, with the implications being our very civilization. And next week on June 6th it will have been 72 years since the fateful day – long enough to have faded, but close enough in relative time to be only yesterday.

As the old soldiers of the era die off, the memories of World War II fade with them. At every level, and on every shore, the reverberations of human beings who fought, perished and made the life-and-death decisions associate with that war continue to resonant in the current geopolitical landscape. To see those men and women at work during that time is to honor them absolutely – as depicted successfully and overwhelmingly in this film – and to understand the humanity and intellect that was harbored in the legendary Winston Churchill. And yes, the bowler and the cigar are present, and fired up.

Patrick McDonald is a film critic and writer from Chicago, Illinois, USA. His writings appear regularly at HollywoodChicago.com. This review is © 2017 for Patman Communications. 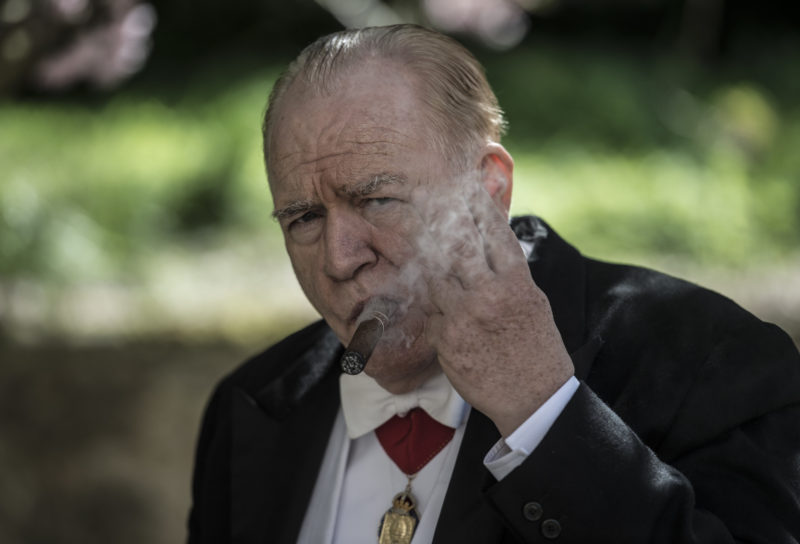 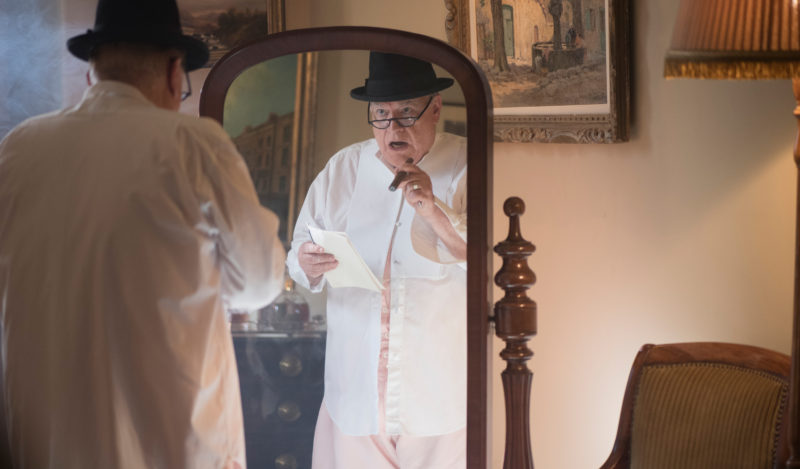