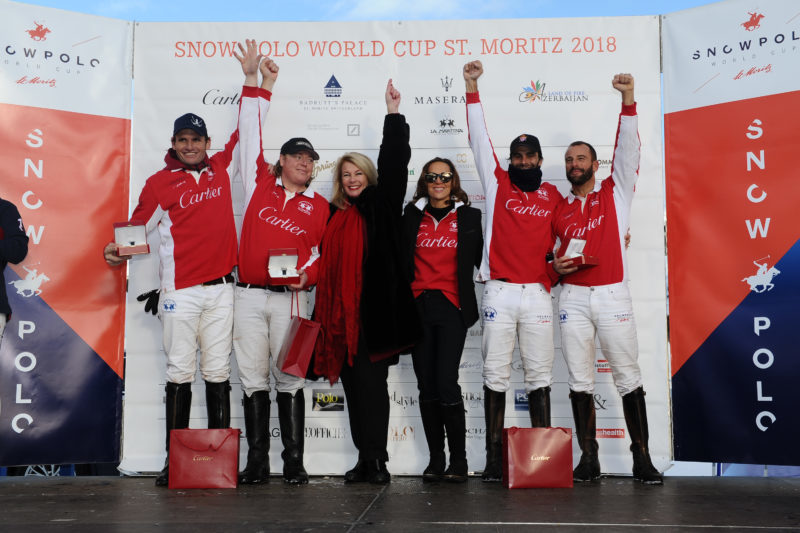 St. Moritz turns into the world capital of polo and sparkles as the most beautiful diamond in the snow polo kingdom. The snow polo had its world premiere back in 1985. The fast and thrilling polo delights more than 15000 spectators. It is somehow like a family affair. Four teams from around the world compete for the Cartier Trophy on the frozen lake of  sunny St. Moritz. It is a fun event, fast to watch, chic and luxurious.

In the Engadin Valley, think of fur coats, models, champagne and alpine sportsmen from the slopes. ‘The Godfather of  Snow Polo’ Reto Gaudenzi introduced this alpine bonanza where the best polo players of the world meet on the lake of St.Moritz. Three days of fierce competition that culminated in the Final for the Cartier Cup between Team Cartier and Team Maserati. And the red shirts won again this year!