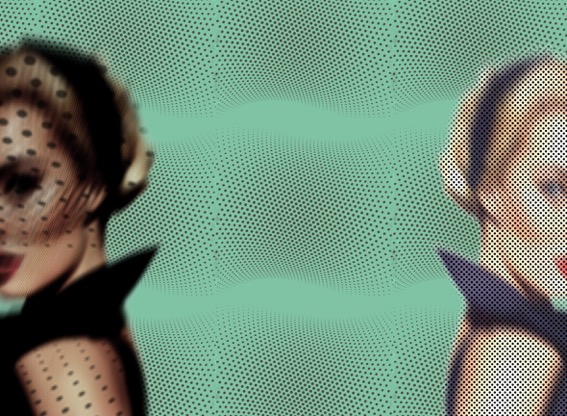 ‘Imagination is the Eye of the Soul’

Swiss artist Britta Dietsche has been developing her personal style over the last 30 years. Her passion for new media, digital artwork and photography merges in her Collages, which all represent elements of contemporary society. The representation of women in current media is often a subject of the artists work, as well as time and different temporalities. Britta lives with her husband and her two children in Switzerland.
In her new series of artworks from 2016, the artist decodes how the apparently spontaneous operation of looking is in fact a sophisticated mechanism of interaction between the viewer and the object, a process that involves memories and desires. Developing multi-layered surfaces, the artist reveals the presence of the external gaze through strategies of seduction, amazement, and concealment. To delve deeper into this issue, Dietsche purposefully repeats the representation of women, not only to communicate intimate experiences, but also to explore the role of the uncountable feminine representations circulating in magazines and other forms of mass media in the production of the feminine imagery. Often used as a way to promote desires of possession or imitation, the feminine images are today a very sophisticated combination of natural beauty and social constructs. For this reason, it appears to be a perfect object for the research carried out by the artist, who wishes to explore the mechanisms that rule why, how, and what we look at.
Dietsche’s works are always conceived in series, playing with variations of an image. A first photo is radically reworked to create different versions, each one with its own subtle character, but remainingnonetheless strongly connected with the other works of the series.
http://brittadietsche.com/en/

„Only with the emergence of photography, in the middle of the 19th century, the portrait
became progressively more rare, although still present, as for instance in the work of Andy
Warhol, and more recently of Cindy Sherman. Queen Katharina pays homage to this artistic
tradition, reinterpreted by integrating 21st century devices, such as the use of new media.“